All human rights organizations set forth codes by which they align their purposes and activities. The Mental Health Declaration of Human Rights articulates the guiding principles and goals of Citizens Commission on Human Rights (CCHR). 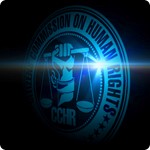 In 2017, Dr. Dainius Pūras, the United Nations Special Rapporteur on the right to health, called for a revolution in mental health care around the world to “end decades of neglect, abuse and violence,” and stating

“There is now unequivocal evidence of the failures of a system that relies too heavily on the biomedical model of mental health services, including the front-line and excessive use of psychotropic medicines, and yet these models persist.”

Human rights include the right to one’s own mind, and to protect oneself and one’s loved ones against any abusive or harmful “treatments” given under the guise of mental health.

Every man, woman and child is entitled to the fundamental human rights set forth in this Mental Health Declaration of Human Rights, regardless of race, political ideology, religious, cultural or social beliefs.

Given the fact that virtually no human or civil rights specifically protects citizens from mental health abuses, it is vital that the following rights be recognized and that all countries adopt this Declaration.

The American Psychiatric Association’s (APA) recent apology for its support of structural racism understates psychiatry’s racial human rights abuses and its long history of instigating racism by providing “rationales” that justified and perpetuated it.

Over the last 50 years, the Citizens Commission on Human Rights (CCHR) has exposed that sordid history and intensified its efforts last June by forming the Task Force Against Psychiatric Racism and Modern Day Eugenics.

The APA’s apology, issued January 18, states: “The APA apologizes for our contributions to the structural racism in our nation….”

The APA further admits: “These appalling past actions, as well as their harmful effects, are ingrained in the structure of psychiatric practice….”

But the APA glosses over “those appalling past actions” by merely admitting that psychiatric “practitioners have at times subjected persons of African descent and Indigenous people who suffered from mental illness to abusive treatment, experimentation, victimization in the name of ‘scientific evidence,’ along with racialized theories that attempted to confirm their deficit status.”

That bare-bones admission fails to adequately portray the magnitude of psychiatrists’ role as prime instigators of “scientific racism,” creating and promoting the false theories of racial inferiority that have been widely used to “justify” the oppression, segregation, and population control of Black Americans.

It is noteworthy that in the late 1700s, psychiatry’s own “Father of American Psychiatry,” Dr. Benjamin Rush, a slave owner, created a medical justification for racism by claiming Blacks suffered from a disease called “negritude,” supposedly a form of leprosy, and recommended their segregation to prevent them from “infecting” others.  A logo with the image of Benjamin Rush is still used for APA ceremonial purposes and internal documents. The APA still gives a Benjamin Rush Award.

Psychiatrists in the American mental health movement later latched onto and promoted the false science of eugenics (from the Greek word eugenes, meaning “good stock”), which claims some humans are inferior to others and should not have children.

Pushed by mental health practitioners, the eugenics idea of racial inferiority became ingrained in the U.S. and led to efforts such as Planned Parenthood founder Margaret Sanger’s plan to reduce the Black population through sterilization and the Ku Klux Klan’s white supremacist activities.

Further, the APA’s brief confession of “experimentation [and] victimization” of people of color “who suffered from mental illness” not only downplays the barbaric psychosurgery and psychiatric experiments conducted on African Americans, but also fails to honestly admit that many subjects in these experiments were perfectly healthy.  Those experiments include:

The APA has not admitted practitioners’ role in creating the present-day mental health system of psychiatric labeling, forced psychiatric drugs and treatment, and incarceration in psychiatric facilities that enabled racist treatment.

African Americans are disproportionately diagnosed with mental illness and disproportionately committed to psychiatric facilities.  They are more likely to be labeled with conduct disorder and psychotic disorders, especially schizophrenia, and overly prescribed antipsychotic drugs.  Black men are more likely to be prescribed excessive doses of these psychiatric drugs.  Black children are overly labeled with ADD/ADHD.

The APA is correct, therefore, in stating, “The APA is beginning the process of making amends….”  There is much, much further to go in publicly taking responsibility for psychiatrists’ essential role in instigating and perpetuating racism and for the human rights violations of its experiments and treatments.

Until it does so, its incomplete apology may be viewed as political pandering and an attempt to whitewash history to pave the way for the psychiatric-pharmaceutical industry to expand – very profitably – into the African American community.

In all the speculation about what is causing the recent wave of shootings, the one thing they have in common has been largely ignored when it should be receiving urgent attention:  the shooters have received psychiatric treatment, which these days almost always means psychiatric drugs with known links to violence:

CCHR is calling on U.S. lawmakers to immediately open an investigation into the role of psychiatric drugs in school shootings and similar acts of violence, given that  supporting data has to date been ignored by the U.S. government and the mental health agencies.

An obese man who died in the custody of the Colorado Mental Health Institute at Pueblo (CMHIP) suffocated while being restrained face down on a table. He may have been hog-tied.

Troy Allen Geske, 41, died August 10 at the psychiatric institution. An affidavit for a search warrant says that Geske died after he was put in four-point restraint, in which the feet are attached to the hands behind the back.

A spokeswoman for the Colorado Department of Human Services, which oversees the psychiatric facility, denied Geske was in four-point restraint. But Pueblo County District Attorney Bill Thiebaut said the information in the affidavit is corroborated by evidence that has been collected, including video of Geske in restraints, according to the Pueblo Chieftain:
http://chieftain.com/news/local/article_f75a23c2-b72f-11df-9494-001cc4c002e0.html
http://chieftain.com/news/local/article_59e5ca9c-b653-11df-8d64-001cc4c002e0.html

At 5-feet-8 and 265 pounds, Geske was at greater risk of “positional asphyxiation” when he was restrained on his stomach with his own weight pressing down on his lungs and diaphragm. Federal law requires constant, close monitoring of anyone face down in restraints to prevent suffocation.

The results of an autopsy and toxicology tests have not yet been released.

After Geske’s death, hospital police could have called in the 10th Judicial District’s critical incident team (CIT) for an independent investigation of the incident by a team of investigators from outside law enforcement agencies, but did not do so, according to the Pueblo Chieftain: http://chieftain.com/news/local/article_b4e5d92e-b7f1-11df-abf2-001cc4c002e0.html

The CIT investigates serious incidents involving police officers under an agreement to which CMHIP is a party. Hospital police were reportedly present when staff attempted to revive Geske.

CMHIP has also refused to turn over certain information requested by investigators. District Attorney Thiebaut says he will go to court if necessary to get information he believes his office is entitled to, according to the Chieftain.

For more than 40 years, the Citizens Commission on Human Rights has advocated against any form of psychiatric treatment that is torturous, cruel, inhuman or degrading, as laid out in its Mental Health Declaration of Human Rights.

Another person has died while in the custody of the Colorado Mental Health Institute at Pueblo (CMHIP), according to the Denver Post: http://www.denverpost.com/news/ci_15822489. The cause of death of 41-year-old Troy Allen Geske, who died several days ago, will not be known until an autopsy is complete.

His death is being closely followed because of recent revelations of other deaths at the psychiatric facility, including the suicide of Sergio Taylor.  An autopsy report indicated 23-year-old Taylor died of asphyxiation in September 2009 after complaining about conditions at the CMHIP.  He was found by law enforcement officers under blankets with a plastic bag over his head in a supposedly high-security area of the psychiatric facility.  About a month earlier, Taylor and 19 other patients had signed a petition that said, “The sense of hopelessness has set in….  History has shown here…that when patients are feeling bored, hopeless and warehoused, …assault and suicide attempts transpire.”

As a direct result of Taylor’s death and citing concerns that other patients could die, the Colorado Department of Health conducted an immediate investigation of CMHIP in October 2009, according to The Denver Channel (KMGH): http://www.thedenverchannel.com/print/24085289/detail.html. In its report, the health department found patients at the state hospital in Pueblo to be in “immediate jeopardy” and detailed serious errors by the institution’s staff.  The department conducted an unannounced inspection of the facility again this past May.

CALL7 investigators from The Denver Channel, who have been reporting on deaths at the state hospital for months, also uncovered the death of another patient of the CMHIP, whose death was never reported to the state health department by CMHIP.  Josh Garcia died after being overdrugged and neglected by staff at the psychiatric institution.  According to his family, Garcia was given a number of powerful psychiatric drugs and suffered serious adverse effects, including severe abdominal pain.  He complained to the staff but was ignored, according to his family.  By the time Garcia was taken to a hospital, it was too late.  His bowels burst, severe infection set in, and he was brain dead within hours.  His family sued and recently received a settlement from the state over his death.

The Colorado Legislative Audit Committee has also called for repeated investigations of the CMHIP in recent years, due to complaints it receives.  In a report released in December 2009, the Office of the State Auditor found numerous deficiencies in the operations of the CMHIP that compromised safety and proved costly to the state.  Among these deficiencies, the institution did not adequately record, investigate or resolve patient complaints.  For 25 percent of the 1,100 patient complaints relating to staff behavior and quality of treatment issues the facility recorded in fiscal years 2008 and 2009, the database did not even contain the names of the 270 staff members who were the subject of the complaints.  The report also revealed that there were 11 patient deaths at the facility last year, the highest number in the three years covered in the report.  How many of those were suicides, besides the suicide of Sergio Taylor, is unknown.  Another audit is underway currently, again at the request of state legislators, to determine if there are other patients who have died of neglect at the state psychiatric hospital.

The CMHIP also has a history of failing to keep the public safe from the mentally ill housed there who have been found not guilty by reason of insanity in connection with serious crimes.  Nine such patients escaped in 2009, with patient escapes at a three-year high.